A downloadable game for Windows

This is the demo/alpha version of the upcoming RPG Luna Sanctus. The demo includes 2 dungeons and 1 village. It coverts a little part of the main story that lasts about 1h30 to 2 hours.

The world of Yggdrasil is a magical world blessed with mana from the transcendent sacred moon, Luna Sanctus. Although most humans can't utilize the mana to cast spells, a little minority of them developed the ability to use mana freely. They are referred to has wizards. As time went on, wizards easily climbed the social ladders due to their unique strength and quickly became the ruling class.  However, a man's thirst for power is insatiable; wizards quickly formed kingdoms and went to war with each others to gain more power. This led to a Great War between the 5 kingdoms at the time. Fortunately, a great war hero, blessed by the Luna Sanctus himself, emerged to put an end to the war. He united the five kingdoms together to form the Empire of Ortu Solis. He is known as the greatest hero of all time and the first emperor of the empire of Ortu Solis.

Many generations later, the great nobles families, descendants from the wizards from the 5 kingdoms, having served the imperial family during all that time, are highly unhappy with the direction of empire. Half of them decide to rebel against the imperial family. During the night of the rebellion, the rebels attacked the imperial city and successfully killed the emperor and his wife. Azel Ortu Solis, the emperor's son, who was just a 7 years old kid at that time, witnessed his parents death by the hand of a Black Knight. Fortunately, Ermion Cardinal, a noble that remained loyal to the imperial family. arrived just in time to save the heir to the empire. He entrusted the kid to his best friend, the leader of a secluded tribe that focuses on special martial arts, the clan of Magus.

After 12 years of training with the clan of Magus, Azel decides to return to his Empire to seek vengeance against the Black Knight that killed his parents. However, he quickly realizes that it won't be a simple feat. His quest for revenge quickly turns into a diplomatic and political game with the empire split into rebels and loyalists.

The battle system consists in an ATB semi-tactical rpg. Although it uses the traditional ATB system to dermine turns, every battlers is placed on a 8x4 grid (4x4 for enemies and 4x4 for allies) and their position can affect damage ratio and AoE skills.

The battle system is highly complex, especially with the ability system. Abilities are special effects that enhance a particular attribute. Abilities are divided into two categories: hero abilities and skill abilities (see pictures).

Hero abilities are abilities that affect a particular hero. They usually boost the hero's parameters, increases his elemental and status effect resistances, enhance his offensive and defensive capabilities, and affect is speed.

Skill Abilities are abilities that affect only a single skill. They usually boost that skill's damage, increase the chance to deal bad status effects, buff the hero, or add special hits. The player can decide how he wants the skill to evolve.

The quest system is very developed, but remains pretty mainstream. It resembles many big RPG games where they are divided into main quests, side quests, and contracts that you can accept from villagers at a billboard.

Each quest is very detailed and allows the player to keep track of the objectives, the location of the current objective via the mini map, the reward, and the quest description.

There are many quests in the game to play for more than 50 hours. However, only 2 main quests are available in the Demo Version.

The full game will be released on August 23 on steam. Here's the link to the steam page for the full game:

If you are using the itch desktop application, you should simply be able to run the game play! Updates will be pushed automatically.

If you are downloading the game without the itch desktop application, simply unzip the content of the zip files and launch the Game.exe 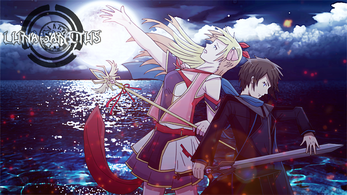 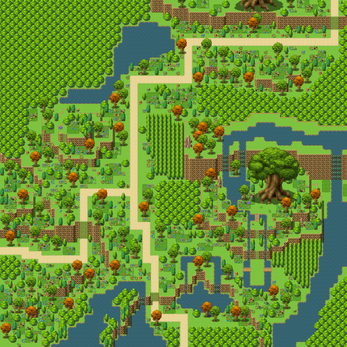 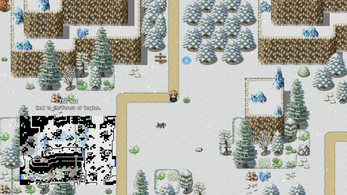 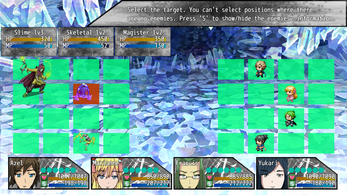 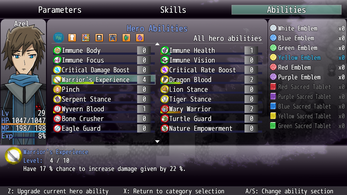 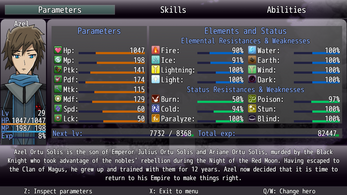 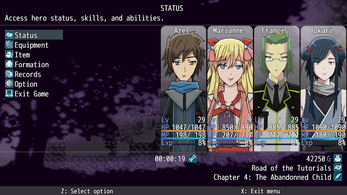 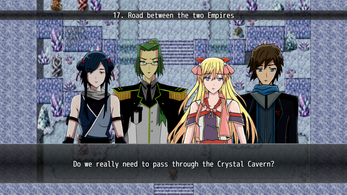 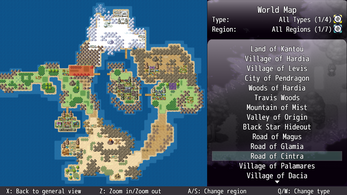